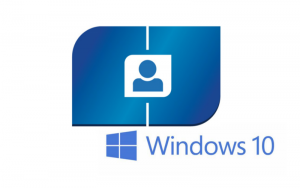 January, 13th 2016:
With the latest patch of Microsoft, the policy issue of Windows 10 with SafeSign Identity Client is solved. This patch is released on January 12th, also known as the first patch Tuesday of 2016.

SafeSign Identity Client 3.0.101 performs correct
Both, Microsoft and AET Europe have tested and approved the 32-bit and the 64-bit version of SafeSign IC 3.0.101 in combination with Windows 10 (build 10586.63). Both versions of SafeSign perform correct on the latest build of Windows 10 and all functionality is restored and available. You may need to check your update patch to receive the latest Windows 10 build. See below how to receive the latest patches from Microsoft.

We are pleased that Microsoft has solved the policy issue. We apologize again for any inconvenience. If you still have any problems regarding the policy issue of Windows 10 contact AET Europe directly: windows10@aeteurope.com with subject: Windows 10 Policy Issue

How to receive the update patch of January 12th?
Windows 10 is a service, which means it’s always up to date and your PC always has the latest features. The update, which includes additional features and improvements, will automatically download and install when it’s available. If you want to check for the update now, select the Start button, then select Settings > Update & security > Windows update > Check for updates. More information is available via Microsoft >

January, 5th 2016:
At this moment, Microsoft is testing SafeSign Identity Client in combination with Windows 10. Depending on test results a Windows update may be expected in January. Both, Microsoft and AET Europe are doing their utmost best to resolve this issue as soon as possible.

December, 14th 2015:
We are still waiting on the final solution from Microsoft, which we will share as soon as possible. In the meantime, we would like to point out that there are two possible workarounds for getting SafeSign to work with Windows 10. See the update of December 10th for a description of these workarounds, including a step by step guide to roll-back your Windows 10 to the previous version. This workaround has been tested and works fine with Windows 10 Professional Edition as well as Windows 10 Enterprise Edition (64 bits).

We will provide a decisive answer given by Microsoft on the availability of the final solution as soon as possible.

December, 7th 2015:
After profound investigation together with Microsoft we have found the cause for the compatibility issues of SafeSign Identity Client with the recently released Windows 10. It has become clear that there is no technical issue, but a “policy” issue. AET Europe expects that this “policy” issue will be solved in the next Windows update. We will provide a decisive answer on the availability of the solution as soon as possible.

November, 30th 2015:
At this moment AET Europe is discussing the Windows 10 compatibility issue of SafeSign Identity Client with Microsoft. Together we are analysing the cause of the problem in order to create the right solution. We will further report when additional information is available. Our advice remains not to upgrade to Windows 10 if you are using SafeSign Identity Client.

November, 25th 2015:
Further investigation has made clear that all Windows 10 editions (version 1511 build 10586) cause compatibility issues with all versions of SafeSign Identity Client. We have reported this issue to Microsoft last Monday (23 November). Furthermore it is clear to us what a possible workaround could be to solve this issue. However, before we decide on this matter we need to receive a formal response from Microsoft. We are sorry for the inconvenience caused and hope that Microsoft and AET Europe come with a resolution as soon as possible. Our advice at this moment is not to upgrade to Windows 10 if you are using SafeSign Identity Client.

November, 18th 2015:
Recently Microsoft has released an update for the Enterprise version of Windows 10 (version 1511 build 10586). This version is not compatible with SafeSign 3.0.101 and we advise customers using the Windows 10 Enterprise version not to install this update if the usage of SafeSign 3.0.101 is required. AET Europe is currently investigating this problem and will further report when additional information is available.