How can we improve email security? 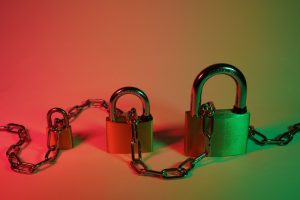 Photo by FLY:D on Unsplash

As cyberattacks increase in number and sophistication, João Paulo Foini of business and IT consultancy Foini Consultores considers email security. And how the S/MIME protocol can play a key role in improving protection.

The world’s population was 7.87 billion people in 2021 and 5.13 billion were considered economically active (people aged 15 to 64 years, including employees, freelancers, interns, apprentices and employers).

According to research by The Radicati Group (London), Inc, with an annual growth expectation of 3% per year, there’ll be 4.6 billion users in 2025.

This research also indicates that email traffic is forecast to reach 376.4 billion per day by 2025.

Which leads us to the following approximate, average figures for 2021:

What are these emails for?

Interesting these numbers, aren’t they? In fact, they make us question how many of these emails were:

I think it’s important to highlight the relevance of email. Because, even in the current technological context where we use instant messaging, video calls, online meetings, document scanning, content channels (blogs, videos, etc.), service platforms, and more, email is still a widely used, necessary resource. This is potentially because email is asynchronous communication and is strongly used for recording information exchanged – it has a more ‘official’ feel.

Can I trust you?

Given the volume of emails, do you ever stop to verify if the author of an email is really who they say they are? And have you received the original content of the email or was it changed by a malicious third party during transit?

If we consider the emails that corporate organisations send to their customers, suppliers and partners, there’s a high risk of spam, spoofing, phishing attacks and more. And this can compromise important communication regarding billing and contracts and so on. This poses a great risk to a company’s corporate image, the levels of trust they have among customers and suppliers, and, ultimately, their business continuity.

One of the ways companies can protect themselves is by using the Secure/Multipurpose internet Mail Extensions (S/MIME) protocol to secure the exchange of emails.

Designed to prevent emails being intercepted during transit, S/MIME was developed by RSA Security and is based on the Simple Mail Transfer Protocol (SMTP) method. It uses two important security features to authenticate the sender and ensure the email remains private:

It’s easy to configure S/MIME for use on most email technologies and email distribution platforms, including HTTP messages.

Here are some examples from platforms widely used in the market:

S/MIME uses public key infrastructure (PKI) and asymmetric encryption to authenticate and encrypt email messages. The most widely used approach is digital certificates in a PKI environment with global roots that are trusted and recognised by email systems, browsers and operating systems for desktops and mobile devices. Examples include GlobalSign, DigiCert, among others.

In corporate environments, there’s also the option of using private digital certificates. These are issued in a PKI environment with private keys where the root is the company itself.

This model helps to streamline electronic processes, reduce costs, increase flexibility, and facilitate scalable growth of users (internal or externally) with digital certificates. But it’s essential to follow country laws and regulations around transparency (for both the origin and destination of the message) to ensure you’re implementing a digital certification policy that’s appropriate for each location.

The commercial benefits of using S/MIME

Using S/MIME and the security it offers brings a variety of tangible benefits to your organisation. It helps to:

Things to review and define, to help decide on the best approach, include:

Is it possible to use public and private roots and other types of digital certificates?

Yes – in fact, a hybrid model is usually the most suitable scenario for a company. Most companies already use some types of digital certificates on their application servers and database and so on. And, in some cases, also for users.

Over the last 15 years, I’ve overseen digital certification projects in Brazil involving hundreds of thousands of users and digital certificates. It’s not easy to manage the resources, policies and other requirements for projects of this scale. But having the right tool can make things much more streamlined and efficient.

For some years, I’ve been using AET Europe’s BlueX projects. It allows optimal flexibility to manage the cycles of use and life for various types of digital certificates, including S/MIME implementation.

As a technology, BlueX uses a client-server architecture and supports leading relational database management systems and key market protocols. It also integrates with the main software used by certifying authorities for public roots around the world. And you can configure BlueX to issue private digital certificates in the exact way they’re needed for each company or project. Including projects using both digital identification and attribution certificates.

In every case, I found it was possible to store the certificate on local equipment, or on cryptographic devices, PKI, HSM and cloud cards.

With its custom workflow development engine, BlueX lets you create customisable workflows for every step of a digital certificate’s lifecycle – including S/MIME.

Increase your protection against rising cybercrime

Remember, every effort to provide electronic security to users and businesses is rewarding. Especially when it comes to email ­– one of the corporate environment’s main work tools. Using S/MIME gives added security to emails in a time when cyberattacks are on the rise.